Christchurch has the highest per capita greenhouse gas emissions of New Zealand’s major cities, but is poised to commit to being carbon neutral by 2050.

Christchurch has the highest per capita greenhouse gas emissions of New Zealand’s major cities, but is poised to commit to being carbon neutral by 2050. 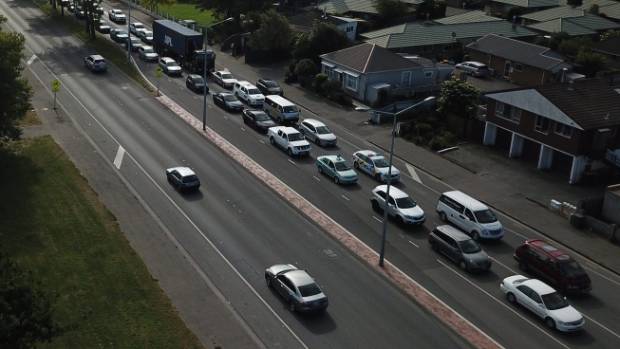 Hitting the target will require significant changes, which are likely to include an electric bus fleet, planting forests around the city and getting people out of cars.The Christchurch City Council has set itself a target of becoming carbon-neutral by 2030. It has introduced efficiency measures such as replacing street lights with LEDs.

It is now developing a framework for the whole city to fully off set its emissions by 2050, which will prove a tougher challenge.

Each resident has the equivalent carbon footprint of 7.8 tonnes per year, higher than Auckland’s 7.3t and Wellington’s 5.7t. Its per capita emissions are higher than cities such as New York and Hong Kong.

Christchurch’s emissions were rising before the earthquakes, but have continued to rise during the rebuild, in part due to the increase in vehicle emissions as people drive more.

Transport forms the majority share of emissions – around 60 per cent, higher than both Auckland and Wellington – and will likely be a major focus for reduction efforts.Public transport is ultimately controlled by Environment Canterbury (ECan), which delegates decisions to a joint committee, of which the city council is a member.
City council members have advocated for a public transport system redesign, which will likely be necessary to meet a carbon neutral target.
Among them is Mayor Lianne Dalziel, who recently returned from an international conference on intelligent transport systems.During a recent council meeting on the carbon neutral target, she said redesigning public transport would be crucial.”I’ve come back absolutely determined to get to the right solution [on public transport] – this is my real personal target for the next two years,” she said.

“We will have a fully-integrated public transport system for Christchurch and its two neighbouring districts. We’re going to do it.”

The Innovation and Sustainable Development Committee asked the council to recommend work start on changing to an electric bus fleet within six years, but the timeframe was removed from the full council’s recommendation. All councillors voted for work to proceed to adopt the city-wide target, except for Cr David East, who abstained.

“It’s a really good challenge, and what we need to do is work out the way in which we try and get there and the timeline,” she said.

The council was looking at planting trees to sequester carbon, she said.

It may be able tap into the new Government’s plan to plant one billion trees and its regional development initiatives.

To offset its existing emissions levels, the council would need to plant 89ha of pine – about half the size of Hagley Park – or 220ha of native forest each year until 2030. It would need to continue doing o every year after to remain carbon neutral.

Other offset options could include buying carbon credits, which would cost about $250,000 each year based on the current price and the council’s current emission levels.

Offsetting the city’s emissions as a whole, based on its current levels, would cost more than $50 million a year.

The city has bought carbon credits before, but it was unlikely to do so enthusiastically in the future, Buck said.

“We’re looking at our own tree policy – we’ve talked about planting in the red zone and parts of the peninsula, but also within the urban area,” she said.

“Carbon credits would be your last resort.”

Changes to transport would involve indicating to potential bus contractors the city would only sign a contract for an electric fleet.

“All of our vehicles [will need to be] electric, all of our energy use from renewable sources – we’re talking about 2050, so it’s some years away, but we’re going to have to do more than that as well,” Buck said.

Acting ECan chairman Steve Lowndes said he hoped the regional council would contribute to a carbon-neutral target in any way it could.

“We’ve got to do our damnedest to stop burning stuff, it’s as simple as that,” he said. 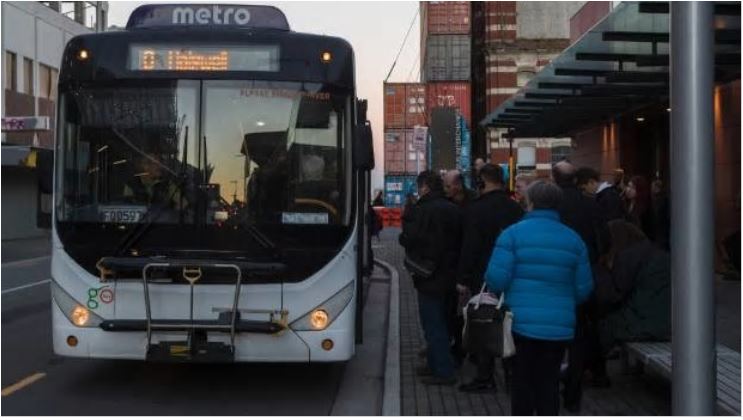 Lowndes said ECan had become more proactive on climate issues – both ECan and the city council submitted against opening up oil and gas drilling off the Canterbury coast, for example.

Public transport system changes were needed, he said, given recent difficulties improving patronage and rapidly-changing technology, such as autonomous vehicles.

“We’re stuck in the mould… we’re working with a model that’s out of date,” he said.

“The operational service which we provide is being reviewed, it’ll change next year. There will be signals in that that things will change.”