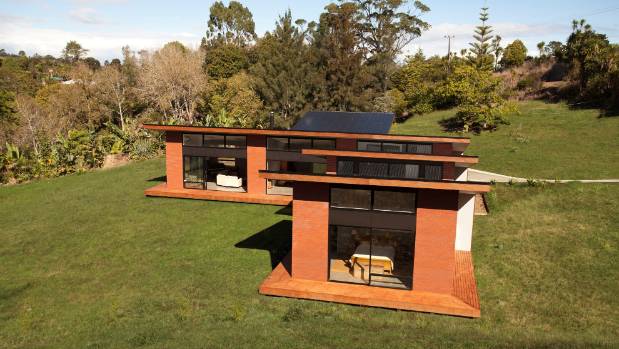 Ian Mayes loves everything about New Zealand except the way some houses are built. Hamilton City Council’s free eco design advisor says it’s a point of shame for him. “Studies prove cold houses kill people, yet most western countries, including Australia, have higher construction [insulation] R value minimums than us.”

Mayes is one of eight eco design advisors nationwide, employed by councils to encourage people to build homes that embrace passive solar design: capture as much of the sun’s warmth as possible, and keep it inside. The free, award-winning service is available to anyone planning to build or renovate.

Mayes was in on the ground floor – one of three advisors employed 11 years ago as part of a trial partly funded by the Ministry for the Environment. It’s his dream job. He’s passionate, knowledgeable. Facts and figures and anecdotes trip off his tongue over coffee as he hammers home his point.

“It’s not about saving money, it’s about performance; having a home that works. You have to get the design right first, but the biggest problem is that most people put aesthetics before function.” Windows, for instance. “Standard double glazing is not enough. It’s mocked by the rest of the world.”He’s talking about our minimum standard: a single aluminium frame with two panes of glass separated by an air cavity. This has an R value of 0.26, less than double the insulation qualities of a single glazed aluminium window (R 0.15), and only 15 per cent of the minimum R value of an external wall.

“If you can only do one thing to improve the performance of your house, upgrade the double glazing. It’s the weakest point.”

He means choosing low E (emission) glass separated by an argon-filled cavity with a high-efficient spacer – not aluminium – to thermally break the frame.

This will give you an R value of 0.5 – nearly double that of standard glazing. It will cost you more up front, but will halve your heat loss, so your home will be warmer and drier, which means lower heating bills. Our low insulation standards are another sore point. He’s exasperated at how hard it is to get home owners to exceed the minimum, despite the proven benefits. Our ceilings must be at least R 2.9, our walls R 1.9 and our floor R 1.3. If he had his way, ceilings would be R 5.0 and walls R 2.5. And don’t get him started on installation.

He normally does a site visit to clients’ new homes at the insulation stage, and finds most is not installed property. So he pulls it out and tells the builders to do it again, properly this time. This means filling every void, not squashing it in, and definitely not putting bits in sideways, just because it fits better. “Installation is critical to the performance; a 5 per cent gap can cause a 50 per cent drop in performance.”

Mayes blames “normalisation” for our reluctance to embrace simple passive design principals; we’re used to cold houses, because 90 per cent don’t perform adequately in winter. Our attitude doesn’t help either: “We’re Kiwis, we’re staunch,” he says, wryly. Interestingly, renovators – who make up 85 per cent of his work – are more likely than new-home builders to incorporate his ideas. With the latter, their tradesmen often talk them out of it, he says, in disbelief. These same home owners are usually the ones building big houses with lots of corners – thermal-loss weak points – and lots of big windows not just to the north.

That’s because most of our homes are designed for “4pm on summer days”, and are still reasonably comfortable in spring and autumn, but fail miserably in winter, when we most need them to work well. It all comes back to the basics of a high-performing home: stop heat loss, warm it up, ventilate it, and control moisture. It’s not rocket science and it’s not expensive, and he’s here to help you do it. Just pick up the phone.

Ian Mayes walks the talk, but it wasn’t always that way. Twenty-plus years as a high-end builder here and overseas honed his construction skills, but he didn’t have a clue how those houses performed. His eureka moment came in 1999 when he came back to New Zealand with his partner, and enrolled in a permaculture course. “It blew my mind; it’s about working with nature, not against it, and I realised it could translate it to building.” So he learnt all he could about passive solar design, then built his own house in Raglan. He freely admits he got things wrong – and couldn’t afford double glazing back then – but he uses his house as a learning tool. “I say to people, this works, but this doesn’t.”

If you are planning to build or renovate, you are eligible for a free, impartial consultation with Mayes. But please contact him before your plans are drawn, he says. “Once people get a plan on paper they are wedded to it. And most focus on the wrong things, like size. It’s about performance first.” And contact him early because he’s flat out and you may have to wait a few weeks for an appointment. There’s a website, too, brimming with useful resources, including info sheets dealing with building, home insulation, windows, moisture and condensation, passive solar design, water heating and more. It provides links to useful sites, and contact information for advisors. See www.ecodesignadvisor.org.nz/

Think it’s too expensive to build a high-performing home? Think again, says Mayes, because upfront costs are only part of it. People forget about the cost of running a home: heating, water heating and running appliances. He cites the example of two houses he compared when he spoke at a Building Officials Institute of NZ conference a few years back. Back then, a standard 200sqm house cost $300,000 to build, and about $2800 a year to run. Over 50 years, that equates to $823,000 (including a five per cent increase a year in running costs). In comparison, an eco house in Hamilton cost $350,000 to build, but only $400 a year to run. That equates to $433,000 over 50 years.