Indeed, LED (light emitting diode) lighting does seem to be the wave of the future right now, given the mercury content and light quality issues with the current king-of-the-hill of green bulbs, the compact fluorescent (CFL). LEDs use significantly less energy than even CFLs, and do not contain mercury. And they are becoming economically competitive with CFLs at the point of purchase while yielding superior quality lighting and energy bill savings down the line. 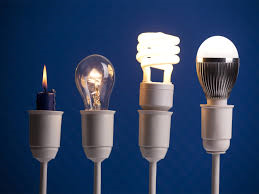 But LEDs do have a dark side. A study published in late 2010 in the journal Environmental Science and Technology found that LEDs contain lead, arsenic and a dozen other potentially dangerous substances. LEDs are touted as the next generation of lighting,” says Oladele Ogunseitan, one of the researchers behind the study and chair of the University of California (UC)-Irvine’s Department of Population Health & Disease Prevention. “But as we try to find better products that do not deplete energy resources or contribute to global warming, we have to be vigilant [about] toxicity hazards….”

Ogunseitan and other UC-Irvine researchers tested several types of LEDs, including those used as Christmas lights, traffic lights, car headlights and brake lights. What did they find? Some of the worst offenders were low-intensity red LEDs, which were found to contain up to eight times the amount of lead, a known neurotoxin, allowed by California state law and which, according to researchers, “exhibit significant cancer and noncancer potentials due to the high content of arsenic and lead.” Meanwhile, white LEDs contain the least lead, but still harbor large amounts of nickel, another heavy metal that causes allergic reactions in as many as one in five of us upon exposure. And the copper found in some LEDs can pose an environmental threat if it accumulates in rivers and lakes where it can poison aquatic life.

Ogunseitan adds that while breaking open a single LED and breathing in its fumes wouldn’t likely cause cancer, our bodies hardly need more toxic substances floating around, as the combined effects could be a disease trigger. If any LEDs break at home, Ogunseitan recommends sweeping them up while wearing gloves and a mask, and disposing of the debris — and even the broom — as hazardous waste. Furthermore, crews dispatched to clean up car crashes or broken traffic lights (LEDs are used extensively for automotive and traffic lighting) should wear protective clothing and handle material as hazardous waste. LEDs are currently not considered toxic by law and can be disposed of in regular landfills.

According to Ogunseitan, LED makers could easily reduce the concentrations of heavy metals in their products or even redesign them with truly safer materials, especially if state or federal regulators required them to do so. “Every day we don’t have a law that says you cannot replace an unsafe product with another unsafe product, we’re putting people’s lives at risk,” he concludes. “And it’s a preventable risk.”

Of course, we all need some kind of lighting in our lives and, despite their flaws, LEDs may still be the best choice regarding light quality, energy use and environmental footprint. That said, researchers are busy at work on even newer lighting technologies that could render even today’s green choices obsolete.