Christchurch residents will soon be zooming around the city in shareable electric cars – one of the only fully electric car-share schemes in the world. In November a pool of 70 electric vehicles will launch at three hubs across the city, with a further 30 cars in 10 locations to follow in February. 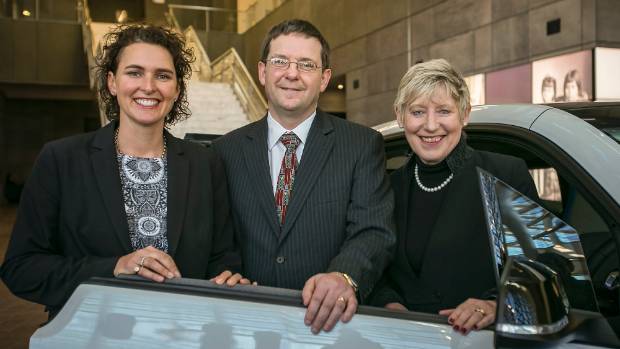 The service would be available to the public and to 11 initial businesses, including the Christchurch City Council, Environment Canterbury, Ara Institute, Canterbury District Health Board, Beca, Warren and Mahoney and Tonkin and Taylor.

Those wishing to use the service could sign up online and book cars online or through an app. RFID (radio-frequency identification) cards would be used to unlock booked vehicles.

Rates would be charged by the minute, hour or day, with overnight and weekend rates also available. Costs were being finalised, but businesses were looking at $12 to $15 an hour, with rates decreasing for a longer hire period.

When a user was finished with a car, they return it to the hub and plug it in to charge it. 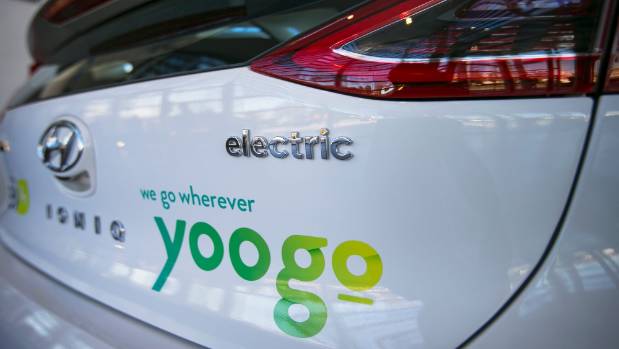 The scheme will launch with 70 cars at three hubs in November, expanding to 100 vehicles at 10 hubs by March next year.

Vehicles will include Hyundai Ioniq and BMWi3. A Stuff reporter who test-drove the BMW said it was eerie to start with as the only noise came from the tyres on the road, but it had “plenty of pep” and was “easy to operate”.

Run by Kiwi fleet management company Yoogo, the troupe of cars were expected to be a “smart and sustainable way to get around town”.

General manager Kirsten Corson said the system was easy and affordable to use.

“We want to make it really affordable and accessible for the general public to use the cars, as well as the businesses that have signed up.”

The scheme aligned with the council’s aim to reduce carbon emissions.

“People may be concerned about the disruptive nature of some of these technologies, but it’s a curve and we as a city want to be ahead of the curve.”

She said using the share scheme instead of 52 of the council’s compact cars would reduce emissions by the equivalent of an estimated 45 tonnes of carbon dioxide per year. It is expected running costs to the council will be similar under the new scheme.

“A transport service with zero tailpipe emissions will improve air quality and have positive health benefits for the residents.”

The scheme had been led by the council, which called for expressions of interest from fleet operators in December 2015, and had been developing the project since.

Crutchley said “the only cost to the council has been staff and contractor time”.

He said costs have been covered by the Christchurch Agency for Energy Trust, which provided a $365,000 grant towards initial charging infrastructure, and the Energy Efficiency and Conservation Authority, which provided $500,000 towards phase two through the Low Emission Vehicles Contestable Fund.