1) Make sure your house is insulatedConcentrating on insulation before anything else is a handy thing to do. If your house isn’t insulated in the roof and floor or if you want to upgrade the existing insulation, Popenhagen recommends to look for a product with a high thermal resistance (commonly referred to as Rvalue). Brand or type doesn’t matter much. He said having gaps in the insulation “really works against you”, so make sure when you lay it it’s “nice and snug”.Popenhagen says a government grant of up to 50 per cent of the cost for underfloor and ceiling insulation is available in many areas of New Zealand for low-income home owners and landlords with low-income tenants. This may change next year with the recent change of government. 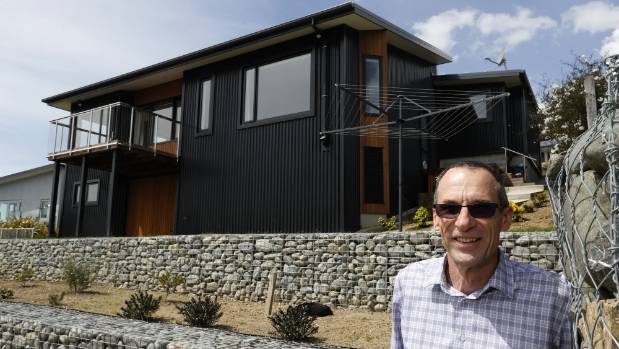 2) Invest in good curtains
Popenhagen says the right type of curtain would help insulate your house even more. Windows are the weak points in any house and a lot of heat exits through there. Make sure your curtains are sitting hard on the floor, so touching the floor.Any gap between the floor and the curtain will allow cold air into your room. Layered curtains are the best. A test that could be done in winter is to pin a woollen blanket to the existing curtain or to the curtain rail, make sure it touches the floor, and sleep with it on for one or two nights. Popenhagen says often people find it makes a big difference in the temperature of the room.Another tip from Popenhagen is to not sleep with your windows open and to not place your bed under your window. According to the World Health Organisation a living room should be at 20 degrees and a bedroom at 16 degrees for optimum health.

Sleeping in a room which is below 12 degrees puts extra strain on your cardiovascular system and below 9 degrees there’s a 25 per cent higher chance of getting a stroke or heart attack.

Popenhagen says often people don’t ventilate their house at the right time, or for the right amount of time. It’s best to open the windows for 15 to 20 minutes in the middle of the day, when the air outside is at its warmest. If you are not home during the day, then opening the windows for 5 minutes in the morning before you leave will do. Living in a damp house with condensation and mould can have a serious effect on your health.

In the bathroom you need to shut the door as soon as the bath is being run or the shower is on. Put the bathroom fan on as well and then crack the bathroom window a little. This will clear the moisture out of the room.Don’t keep the bathroom door open while showering as the moisture will escape and travel to other parts of your house. Once you’ve finished showering, keep the fan on for a while longer to clear out all the moisture.A properly ventilated bathroom has no fog on the mirror and no condensation on the bathroom window and ceiling. Once you’ve checked that’s the case, you can shut the window, turn the fan off and open the door.Popenhagen says it’s better to dry your clothes outside, even in winter, as one load of washing that’s being dried inside keep 5 litres of moisture in the air. The more moisture there is in a house, the harder it is to heat it in winter. Cooking accumulates up to 3 litres of moisture a day, so it’s important to turn your rangehood on every time you cook.

A tip for killing mould spores in the house; fill a small bucket with white vinegar for 70 per cent of the way, then dilute it down with 30 per cent of warm water. Put it on the mould and leave it on for 20 minutes, then wipe it off with hot soapy water.

The white vinegar kills the mould spores, whereas bleach only makes it look like it has disappeared but it’ll grow back. You might have to use bleach afterwards to remove the stains from the mould spores. 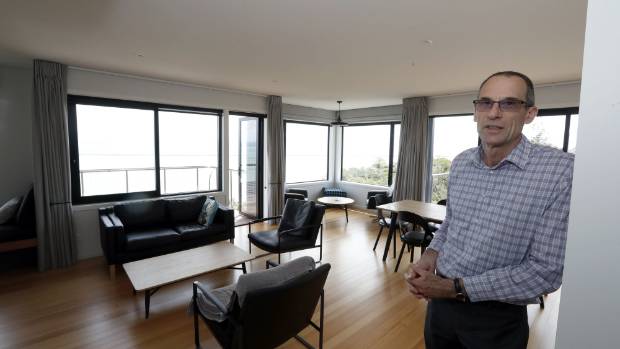 4) Ways to reduce your energy consumptionPopenhagen says heating hot water amounts to a third of the annual power bill for an average home. A “biggy” is showers, with high pressure showers bursting out between 30 and 38 liters per minute. A 20 minute shower equals to about 600 liters of hot water going down the drain.

Changing shower heads to a water efficient type or putting in a flow restricter can lower the flow to about 9 liters a minute, a huge saving on both water as well as energy to heat it.

Another tip Popenhagen gives is to replace all the light bulbs in the house with LED lights. A normal light bulb has around 1000 hours, whereas a LED light has a life of about 30,000 to 50,000 hours. LED lights are more expensive at first, but he says what you save in power will pay for the bulb in a year. If you can’t afford to refit all the light bulbs in your house, start with the rooms that are being used the most.

Heat pumps or wood burners are the best forms of heating. Use a fan heater instead of an oil column heater if you need to, as the fan heater will heat your room three times faster. Don’t use unflued gas heaters because apart from expelling a litre of moisture every hour, they also push combustion products into the room which has very bad health affects.

For small families or couples it’s not that economical. Using solar power to generate electricity has its downsides too, given the low buy back rate most power companies’ currently offer, and the cost of battery storage.

So unless you’re mostly home during the day when the sun is out and you run the washing machine, dishwasher and lights at that time, there’s little benefit to install solar panels at present for a lot of people, however we are on the cusp of a technology revolution so watch this space. Every house needs to be accessed on a case by case basis.